Why Do Women Develop Alzheimer’s and Cognitive Decline More Than Men? Hormones Might Be the Reason

Omnitrope Injections for the Treatment of HGH Deficiency 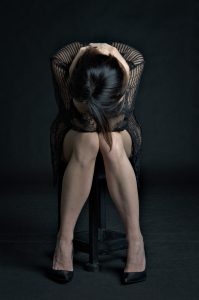 Alzheimer’s disease, and just cognitive decline in general, is a horrible, horrible disease that many people fear especially as they age. Losing one’s memory doesn’t just hurt the person who is experiencing it, but all the loved ones in that person’s life. It’s scary, sad and difficult to deal with most of the time and women seem to be the ones suffering the most. Almost two-thirds out of the more than 5 million Americans living with diagnosed Alzheimer’s disease are women. Very scary statistic! What is the reason for this disparity between men and women in terms of cognitive decline?

Previously, most neurologists and scientists believed that women suffer from cognitive decline more often than men due to their longer lifespans, but this doesn’t seem to be the case after all. An author of a recent study disputing the previous claims, Lisa Mosconi of Weill Cornell Medicine, states, “Our findings suggest that hormonal factors may predict who will have changes in the brain. Our results show changes in brain imaging features, or biomarkers in the brain, suggesting menopausal status may be the best predictor of Alzheimer’s-related brain changes in women.”

Video Download: Why Do Women Develop Alzheimer S And Cognitive Decline More Than Men Hormones Might Be The Reason

Video Stream: Why Do Women Develop Alzheimer S And Cognitive Decline More Than Men Hormones Might Be The Reason

In Mosconi’s study there was 85 female and 36 male subjects with an average age of 52 and no known thinking or memory issues. Throughout the study brain scans were performed on the men and women to determine the levels of Alzheimer’s-associated beta-amyloid plaques (“sticky” protein pieces that clump together in the brain, indicative of Alzheimer’s disease); volumes of gray and white matter; and the rate at which the brain metabolized glucose. The metabolization of glucose by brain cells gives scientists an indication of brain activity.

Women Score Worse Than Men in All Cognitive Measurements

Unfortunately, women scored the worst in everything. On average, women had 30% more beta-amyloid plaques and 22% lower glucose metabolism in the brain as compared to men. In addition, women had 11% less gray and white matter than men. 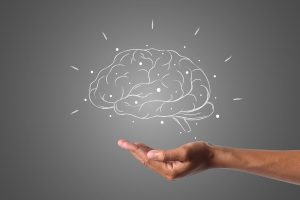 Gray matter is the matter in the brain that consists mostly of neuronal cell bodies, also called soma. These are structures that contain the neuron’s (brain cell) nucleus. The nucleus is what holds the DNA of the cell.

White matter is mostly myelinated axons. Axons are what connects the brain cells and they are covered in sheathes made of fat, giving them a whitish color. This is the basic distinction we can cover here in order to give you somewhat of a picture of different parts of the brain and what the scientists in this study were looking at.

Musconi states that, “Our findings suggest that middle-aged women may be more at risk for the disease, perhaps because of lower levels of the hormone estrogen during and after menopause.” Menopause is a time when women go through major hormonal disruptions and changes. One of these is significantly lowered levels of estrogen, the female hormone, as well as others such as progesterone. 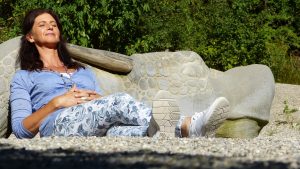 “White all sex hormones are likely involved, our findings suggest that declines in estrogen are involved in the Alzheimer’s biomarker abnormalities in women we observed. The pattern of gray matter loss in particular shows anatomical overlap with the brain estrogen network,” Musconi also said.

If hormones are truly linked to Alzheimer’s disease and cognitive decline in women, then it is even more imperative that women maintain hormone balance during and after menopause to the best of their ability. There is more at stake here than just annoying hot flashes and vaginal dryness – your cognitive health and memory are threatened. One way to ensure hormone balance is to get a comprehensive blood test with a licensed endocrinology clinic who can analyze your results and make suggestions based on those results. Blood tests can look at estrogen, progesterone and so much more. Consider contacting our clinic today to get started on a blood test to determine baseline levels. Why Do Women Develop Alzheimer’s and Cognitive Decline More Than Men? Hormones Might Be the Reason was last modified: March 15th, 2022 by Professor Anna Sokolov

Omnitrope Injections for the Treatment of HGH Deficiency

Melatonin – The Importance of the Sleep Hormone