Laugh It Up! Boost Your HGH FAST

Why Poor Sleep Quality is a Serious Detriment to Your Health
Reading Time: 3 minutes [682 words]
0
(0) 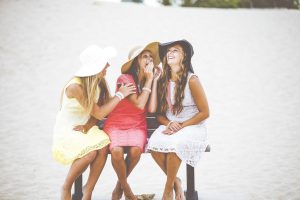 We bet you didn’t know this! Laughing can actually boost your HGH levels based off of scientific research. Like, what?? Yes, let’s read on!

Surprisingly, there is real neurophysiology behind laughter relating to the production of human growth hormone and other endorphins. A scientific paper was presented at an American Physiological Society session by Lee S. Berk of Loma Linda University several years ago. The scientists found that even just the anticipation of “mirthful laughter”, such as when you’re watching your favorite funny movie has some significant and surprising effects on your hormones and neuroendocrine system.

This may sound far-fetched, but the data doesn’t lie. Berk states, “The blood drawn from experimental subjects just before they watched the video had 27% more beta-endorphins and 87% more human growth hormone, compared to blood from the control group, which didn’t anticipate the watching of a humorous video.” Instead, the control group sat in a waiting room and read various magazines that were on the tables.

The significant difference between the groups regarding their levels of endorphins and HGH was maintained from just before starting the video, throughout the hour-long video and afterwards, as well. The lead researcher believes that their results are suggesting that the anticipation of a humor/laughter event (positive stress event) initiates changes in neuroendocrine response before the event itself takes place.

The results go a long with previous research in terms of mood state changes, and “taken together, these would appear to carry important, positive implications for wellness, disease-prevention and most certainly stress-reduction,” Berk noted. 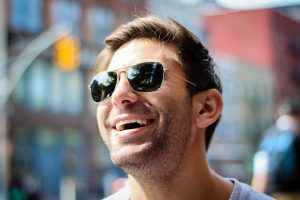 For the experiment, 16 healthy and fasting males, who hadn’t exercised for at least one day and were not taking supplement medications were tested. All 16 chose their favorite video to watch. Three days before the experiment, all the male subjects were told which group they were selected to be in. The two groups were experimental (watching a funny video) or the control group (not watching any video). Blood was drawn for testing just before the video started, four times throughout the hour-long video and three times afterward.

Berk said that setting the baseline and controlling the environment was key to this experiment. The control group had to sit in a “neutral” room to wait to have their blood drawn with magazines to browse, because the scientists could not bias what they did or watched throughout the experiment.

It seems that the results also coincide with the effects of stress reduction. Berk’s earlier experiments showed that watching a favorite funny video can offset symptoms of chronic stress. Chronic stress wreaks havoc on our bodies, by suppressing immune responses, including anti-viral and anti-tumor (cancer!) immune responses. It may even contribute to autoimmune issues, but the evidence on that is inconclusive. Not only that, but stress will also lower your human growth hormone levels, causing an imbalance in HGH and most likely other important hormones as well. 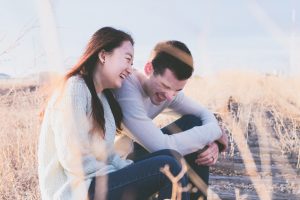 Berk goes on to say that, “Mirthful laughter diminishes the secretion of cortisol [stress hormone] and epinephrine, while enhancing immune reactivity. In addition, mirthful laughter boosts secretion of growth hormone, an enhancer of these same key immune responses. The physiological effects of a single one-hour session viewing a humorous video has appeared to last up to 12 to 24 hours in some individuals [emphasis added].

Now you see why a positive attitude and having fun is so important for your overall health and stress level. Take some time out of your day, even if you’re having an awful, stress-filled day, to enjoy life and laugh about something – anything! Not only will it lower your stress hormones, but it may boost your immunity! And in today’s Coronavirus pandemic, we need to boost our immune systems in any way that we can.

Berk also asks, “Why do you think Reader’s Digest has claimed that ‘Laughter is the Best Medicine’ for so many years?” She has a point!

Laugh your way to a HGH explosion!

American Association for the Advancement of Science Laugh It Up! Boost Your HGH FAST was last modified: November 9th, 2021 by Professor Anna Sokolov

Why Poor Sleep Quality is a Serious Detriment to Your Health