Video Stream: Women Can Boost Their Testosterone Just By Acting Like A Boss

You're a woman. And, like many women, you may believe that testosterone is a male hormone only...but you'd be wrong. It's true that men are born with much higher levels of the hormone than females. But low testosterone can adversely affect women as well as men.

This is Where We Can Help

Testosterone Replacement Therapy (TRT) is not something to be entered into lightly, for both men and women...especially for women.

The dosage must be exact, to reap the benefits without suffering from the masculine side effects that are possible with the wrong amount. In other words, never proceed on your own, without medical supervision. 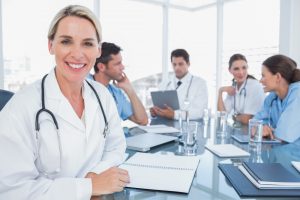 The trained professionals at our clinic will give you the most personalized, up-to-date treatment possible. We will begin your treatment by administering a small dose and continue to monitor your results and progress.

We are confident we can meet your individual needs. But this is a holistic, team effort.

We will provide the hormones...and we will also share with you several easy lifestyle changes that will ensure you derive the maximum benefit from our treatments.

Keep reading to learn a simple “trick” that you can begin immediately to boost your testosterone naturally. There is an ancient cliché: “To be brave, act brave.”

A recent study confirms this long-held belief. According to a fascinating new study published in the journal Proceedings of the National Academy of Sciences, when women act as if they wield power, the result is a powerful, physiological change in their bodies.

The simple act of increasing a boss-like attitude resulted in an average 10% surge in the testosterone levels of women who participated in the study! As mentioned earlier, testosterone is primarily a male hormone, for obvious reasons.

Men naturally produce as much as 10 to 20 times as much testosterone as women. The hormone is directly linked to a higher sex drive and high sperm production.

However, it is thought to also play a role in men's behavior patterns: competitiveness, impulsiveness, aggression, assertiveness...in short, all the things that make men MEN. In fact, some have gone so far as to blame the excess testosterone levels of Wall Street traders and bankers for the reckless, overconfident decisions that led to the financial crash of 2008, a long with the attendant recession that followed.

A Tale of Revealing Role Play

To answer that question, researchers at the University of Michigan published a study that concluded that the act of wielding power increases testosterone 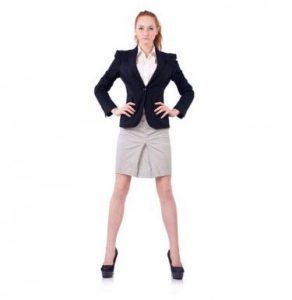 levels regardless of gender.

The study's authors went on to theorize that the reason women, on the whole, have less of the hormone than men may be, at least in part, is because of long-held beliefs about gender roles that prevent women from accessing positions of power and discourage them from being competitive.

In other words, no matter how much times have changed, there are still traditional separate roles for men and women.

To test this conclusion, researchers hired more than 100 actors to perform an activity in which they were the boss, and they had the power to fire a subordinate employee.

Researchers also measured the levels of a control group watching a travel documentary. Testosterone levels were measured before and after the performances using saliva samples.

The Results Were Captivating

The female subjects acting in a stereotypically masculine way saw an increase in testosterone (compared with the control). And, if that weren't enough, those actors performing in a "feminine" way experienced a significant boost, as well.

The study's authors concluded that this could be due to men's more monologs engagement in competitions and power-wielding activities which "might paradoxically lead to dampened testosterone responses."

But for both sexes, performing in stereotypical male or female ways didn't seem to matter. What mattered most was wielding power.

In other words, just the act of using power, regardless of whether the wielder is performing like a man, boosts testosterone levels.

"Our results would support a pathway from gender to testosterone that is mediated by men engaging more frequently than women in behaviors such as wielding power that increases testosterone," the study says.

“Wielding power can affect our bodies," said study lead author Sari van Anders, an associate professor at the University of Michigan. Van Anders and her colleagues wondered why testosterone levels vary in both sexes.

While men have more of the male hormone than women, there's a significant variation in how the average rates in a group of women compared to those in a group of men, van Anders said.

The difference is more substantial than what might typically be expected, she said. "[That difference] got me interested in whether there was some social 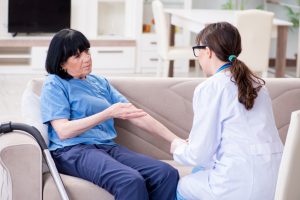 And, because social norms encourage men to act in more competitive, power-wielding ways, men may have developed more testosterone over time, the researchers suggested.

It's not clear whether the boosts in testosterone are beneficial or not, she said. It's also not known if most strong women have more testosterone overall. In the big picture, she noted, "there are all sorts of behavior that may influence testosterone."

For example, nurturing someone else may decrease levels, she said. What does that mean in layman's terms? Gender inequality, at least in part, may be part of what's making men manly.

Though typically considered the "male" hormone, both men and women have varying levels of testosterone, the study authors said. Pranjal Mehta, an assistant professor of psychology at the University of Oregon, cautioned that the study isn't definitive.

It's possible that testosterone levels may jump when actors perform any monologs. "We need more evidence to conclude that it was the power aspect" that affected testosterone, he said. "This is an important direction for future research."

It will also be essential to figure out if the testosterone spikes had any lasting effect, he said. "The leap from a temporary rise in testosterone to the possibility of a permanent one is provocative," he said, "yet remains untested."

One caveat: This is only one small study, so let’s not start doing cartwheels about the results.

But it does serve to poke a hole, however tiny, in the “widely held

idea that the sex difference in testosterone is the exclusive result of biological differences,” said Robert Josephs, a University of Texas at Austin psychology professor said. (Josephs was not involved in the study, but characterized the findings as “amazing.”).

He said: “it shakes our confidence in the widely held idea that the sex difference in testosterone is the exclusive result of biological differences." This prospect is "a radical and extremely provocative hypothesis," he added since it "suggests (for the first time) that environmental exposure may play a vital role in baseline testosterone levels."

The social environment may play a much more significant role here than was once thought.

So there you have it. Testosterone can help women as well as men. Not only will we provide you with the most effective methods of TRT... but we will also keep you informed of the latest breakthroughs in this exciting, evolving field. Contact us for an in-depth discussion concerning the benefits of hormone replacement therapy (HRT).

Women Can Boost Their Testosterone Just by Acting Like a Boss