Video Download: What You Need To Know About Vitamin C Part 1

Video Stream: What You Need To Know About Vitamin C Part 1

Video Download: What You Need To Know About Vitamin C Part 2

Video Stream: What You Need To Know About Vitamin C Part 2

Video Download: What You Need To Know About Vitamin C Part 3

Video Stream: What You Need To Know About Vitamin C Part 3

What You Need to Know About Vitamin C

In one of his earliest explorations across the Atlantic Ocean, Christopher Columbus noticed that many of his sailors appeared sick...very sick. They were lethargic, with aching limbs and debilitating fatigue.

These symptoms were so pronounced that Columbus was ready to have the sick men walk the plank when a lush, verdant island suddenly appeared. 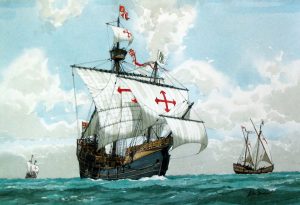 The sick people begged to be let out on the dry land, and Columbus agreed.

Once there, the sailors devoured strange fruits and plants, and a miracle unfolded: they began to heal from whatever affliction had caused their symptoms.

Months later, on the way home to Europe, Columbus sailed by the island and watched in shock as the bearded white men greeted the ship.

The same group that was dying months earlier had recovered completely.

To commemorate the event, the island was named Curacao, which in Portuguese means “for the cure.”

Eventually, the connection was made between the lack of specific foods and a disease called scurvy, the same illness that the stranded men on the island were stricken with.

Further study revealed that vitamin C was the missing link that could prevent this devastating health problem.

Today we know more about vitamin C -- much more. It is an absolute requirement for the human body to function, and without it, you die, period. Here are some of the benefits of this fantastic vitamin: Vitamin C...

How to Ensure You're Getting Enough Vitamin C

As with most vitamins and minerals, it all begins with what you eat. When we think of vitamin C, most people think of oranges and other citrus fruits. This is undoubtedly a step in the right direction. But many are unaware that bell peppers, broccoli, and Brussels sprouts contain more vitamin C than oranges. And papaya is the undisputed king, packing a wallop of more than twice the amount of vitamin C than oranges. 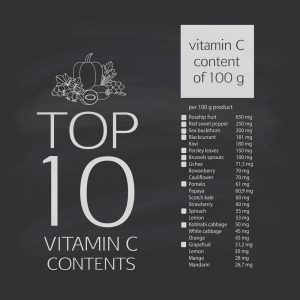 and cauliflower. Just remember that cooking can destroy a lot of this all-important nutrient. Therefore, strive to eat them fresh, or at least steamed.

However, we can't always rely on our food. Processing takes a toll on Vitamin C, as well as the earlier mentioned cooking.

Also, due to soil depletion and drugged livestock, our food is far less nutritious than a mere 50 years ago. In fact, much of our food is nutritionally worthless.

Our Paleolithic ancestors were for the most part free of the crippling diseases that we all-too-often suffer from today. But they ate food that grew in soils that were much richer in vitamins, minerals, and nutrients than today's earth.

This is in large part due to the enormous agricultural companies (Big Agra) mad quest for profits, which has resulted in overuse of the soil and genetic engineering of our food...at the cost of the nutritional quality of just about everything we eat...including our vitamin C intake.

Want proof? Check out these numbers:

Therefore, there is a need for vitamin C supplements. The next question is: “What is the right dosage?” Good question.

For starters, most researchers who have seriously studied this issue agree that the National Institute of Health's (NIH) Recommended Daily Allowance (RDA) of 90 mg per adult male and 75 mg for adult females is pathetically inadequate.

Remember that humans cannot synthesize vitamin C. Other mammals like guinea pigs, chimpanzees, and apes have this same lack of ability, and routinely take in 20 to 40 times the amount of Vitamin C daily when adjusted for body weight. 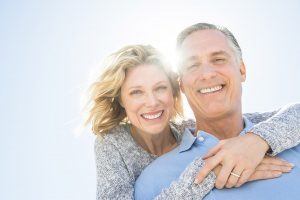 Keeping this in mind, the Vitamin C Foundation gives a general recommendation of 1,000 to 4,000 mg per day. If you are healthy, the lower end of the spectrum may be okay.

On the other hand, if you are suffering from a severe disease, you might consider exceeding these guidelines.

How much is too much? Your body will let you know. Vitamin C is water-soluble. As opposed to fat-soluble vitamins, any excess vitamin C will be flushed out through urine.

Also, vitamin C is not toxic. If you overdo it, the result will be digestive problems (diarrhea, nausea, vomiting), headache, or fatigue. These symptoms, while uncomfortable, are usually not dangerous, and will cease when the dosage of vitamin C is reduced.

No discussion of vitamin C would be complete without acknowledging the contributions of the Nobel Prize-winning scientist Linus Pauling. Pauling believed firmly in high daily doses of vitamin C, and he didn't just advocate it for others; he practiced what he preached, and lived to the ripe old age of 93.

Pauling persevered in his strong advocacy of vitamin C, in spite of the bitter, acrimonious, and at times personal attacks and ridicule that he was subjected to by the medical establishment.

Pauling was a strong proponent of vitamin C for the treatment of cancer, heart disease, infection, prevention of the common cold, disease prevention, and anti-aging.

In fact, Pauling publicized the work of Frederick Robert Klenner, M.D. Dr. Klenner was an early advocate of intravenous vitamin C as a treatment for cancer and as an antibiotic.

Sadly, the medical establishment fought Pauling tooth and claw, and his name today is still controversial, which says volumes about his influence. They conducted several studies that allegedly proved that intravenous vitamin C therapy was useless.

The fact that the doses of vitamin C used in these “independent studies” were too small to be useful was ignored, as was the effect of what the inexpensive vitamin C treatment would have on the physician's income. 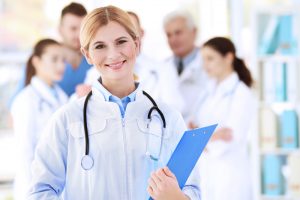 The medical establishment has long been reluctant is rock the boat with alternative approaches, and it shows with their sanctimonious dismissal of vitamin C.

If no current medical books or studies have described vitamin C as a cure for any disease, most physicians will not even discuss it.

Also, physicians are not as well-versed in the science of nutrition as many believe they are.

However, the effectiveness of antibiotics has diminished, due to decades of over-reliance on them. As a result, several new and horrifying “superbugs” have emerged that are resistant to just about every standard antibiotic available.

We may be entering into a new and frightening post-antibiotic age, where even the traditional medical establishment will be forced to take another look at intravenous vitamin C as an antibiotic. Time will tell if Pauling's ideas will be vindicated. Vitamin C, The Essential Vitamin, What You Need To Know About Vitamin C was last modified: November 9th, 2021 by Professor Tom Henderson