The Relationship Between Sleep and Growth Hormone 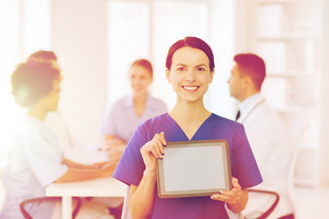 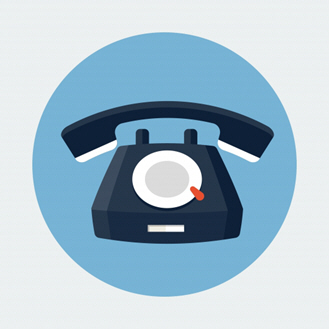 Video Download: The Relationship Between Sleep And Growth Hormone Part 1

Video Stream: The Relationship Between Sleep And Growth Hormone Part 1


Video Download: The Relationship Between Sleep And Growth Hormone Part 2

Video Stream: The Relationship Between Sleep And Growth Hormone Part 2

The Relationship Between Sleep and Growth Hormone

Want proof? Consider this: even the best athletes in the world may see a drop in their performance due to extended travels across several different time zones.

This travel disrupts their circadian rhythms, a 24-hour cycle driven by a circadian clock that has a massive impact on many bodily functions, including the sleep-wake cycle.

Many athletes, especially endurance athletes, experience a suppressed and weakened immune system by the nature of their training -- and a lack of sleep makes this unfortunate condition worse.

And this relationship is also essential for ordinary, everyday people who are not athletes or hard-core fitness fanatics. Sleep is one of the basic foundations of optimal health, yet it is all-too-often overlooked and neglected.

The problem of sleep deprivation is exacerbated by technologies like the light bulb, cell phones, and the Internet, which keep us awake in an increasingly 24/7 world.

In fact, in today's always device-connected, quick-based culture, Americans are more sleep-deprived than ever. According to a 2013 Gallup poll, the average American slept 6.8 hours a night -- and 40 percent slept less than six hours.

Those figures are similar to Gallup polls in the 1990s and 2000s, but Americans, on average, slept much more in the 1940s. Americans average 6.8 hours of sleep which is down more than an hour from 1942.

Sleep experts recommend seven to nine hours of sleep for adults. Currently, 59% of U.S. adults meet that standard, but in 1942, 84% did. Crunch the numbers. 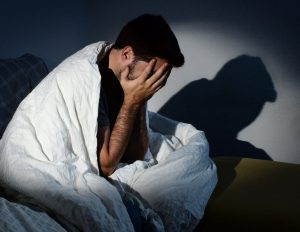 Four in 10 Americans get less than the recommended amount of nightly sleep, compared with the 11% who did so 70 years ago.

Why the Lack of Sleep is Crucial

Why are these grim numbers from the Gallup poll so alarming? The answer is simple: a lack of sleep elevates the chances of severe health risks. Countless studies have proven that insomnia is linked to a broad range of health afflictions such as:

If the above-mentioned health problems weren’t bad enough, consider this: 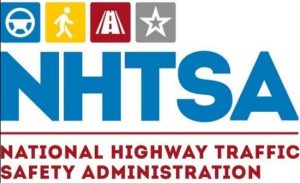 The National Highway Traffic Safety Administration (NHTSA) estimates that 1,550 fatalities and 40,000 injuries that occur annually in the United States are a direct result of drowsy driving.

The National Transportation Safety Board (NTSB) agreed. The NTSB estimates that fatigue contributes to as many as one-fourth of all traffic accidents -- car, train, bus, or plane.

Drowsy driving is a hazardous mixture of driving while sleepy or extremely fatigued. Drowsy driving can cause drivers to fall asleep at the wheel, slow their reaction time if they suddenly need to steer or brake, affect driver’s reasonable judgment, and result in drivers paying less attention to their driving.

As a result of these grim statistics, in 2014 the Center for Disease Control (CDC) labeled sleep deprivation a public health epidemic.

After considering these sobering statistics, a stark fact emerges: virtually every single aspect of our lives is impacted by sleep...for better or worse.

One researcher stated that “Lack of sleep makes us sick, fat, and stupid.”

Researchers have discovered a condition named presenteeism, in which workers clock in but are unable to perform productively. One estimate of the cost of this phenomenon to the US economy annually is in excess of $63 billion.

None of this list of problems paints a pretty picture. By now you can easily see just how significant the issue of sleep deprivation has become. So, is there anything you can do about it? Yes! Keep reading to discover more about the relationship between sleep and Growth Hormone.

The Overlooked Role of Growth Hormone in Sleep

Human Growth Hormone is a 191-amino acid, single-chain polypeptide that is manufactured, stored, and then secreted by somatotropic cells of the anterior 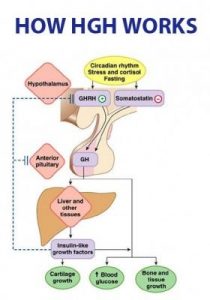 pituitary gland. Growth Hormone is an essential component of the endocrine system and plays a vital role in boosting our energy levels, building muscle, vaporizing fat, and speeding up our metabolism.

Growth Hormone is released by exercising, fasting, and especially during sleep, when it can get to work repairing and restoring tissue, lowering blood pressure and body temperature, relaxing muscles, supplying blood to muscles and organs, and performing a wide array of restorations throughout the body.

The Stages of Sleep

Typically most people go through four stages of sleep unless their sleep is disrupted. A little-known fact is that these stages are not always in sequence; at times, one step will jump back to a previous stage before moving forward to the next.

The stages occur in a cycle that is usually around 90 minutes long.

Here are the four stages of sleep:

The REM stage of sleep is the most essential stage since the pituitary gland secretes large amounts of Growth Hormone in this stage. This is the key to uncovering the link between sleep and Growth Hormone.

Sleep is by far the best way to “set the stage” for the pituitary gland to secrete the vital HGH needed for our bodies to perform optimally. The best way to 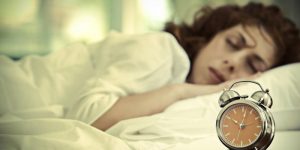 ensure your pituitary will release adequate amounts of HGH is to strive for a minimum of eight hours of sleep nightly.

The pituitary gland does not release Growth Hormone at an even, steady pace. Instead, the gland secretes the hormone in a pulse-like manner. These pulses are released during the day while exercising or fasting.

But can you guess when the most massive pulses of HGH occur? Yep, you guessed it. During sleep. Studies have shown that the largest pulses occur before midnight, and smaller pulses occur in the early morning hours.

This Growth Hormone releasing schedule demonstrates how devastating it is “to burn the candle at both ends.”

Seniors Have an Especially Tricky Challenge

Fact: Growth Hormone production begins in children, explodes in teenagers, slows in young adulthood, and starts to drop as we age.

Numerous studies have shown that Growth Hormone begins to decline around age 30. This decline occurs at approximately 10% each passing decade.

Coincidentally, older people tend to spend less time in the deep stages of sleep. Is it purely coincidental that these two events (diminished Growth Hormone levels and less deep sleep) occur at the same time?

But This Conclusion Also Leads us to the Solution

So is insomnia a price we are forced to pay for living in modern-day society? Are we doomed to suffer from a lack of Growth Hormone?

Of course not. The problem of sleep deprivation has been described in detail. Now it’s time for solutions and recommending the actions you can take immediately to restore your Growth Hormone to healthy levels.

We have saved the best for last. Contact our clinic to discover the benefits of Human Growth Hormone replacement therapy. 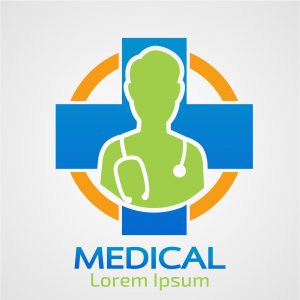 Remember the formula we explained earlier. A lack of sleep = a lack of HGH. If our levels of HGH are low, we will not feel energetic and may not feel like exercising. Our willpower will be adversely affected, and we may not eat healthily.

When these problems arise we may lack productivity at work, and that may cause us problems in getting to sleep. Talk about a vicious cycle!

Restoring your Growth Hormone to your youthful levels will clear away mental confusion, skyrocket your energy, and bring back your zest for life.

This will put sleep deprivation in your rear-view mirror...exactly where it belongs! The Relationship Between Sleep and Growth Hormone was last modified: September 28th, 2020 by Professor Tom Henderson