Soy: Does it Lower Testosterone? 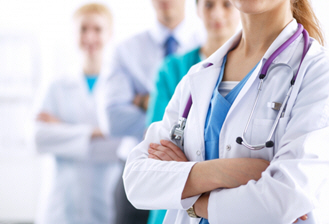 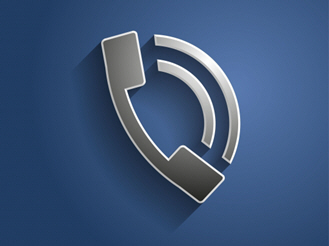 
Soy: Does it Lower Testosterone?

The question is not as clear-cut as it may seem

Soy. Seldom has there been so much controversy about a common food. So much debate. So much emotion.

Soy Has Even Become Politicized 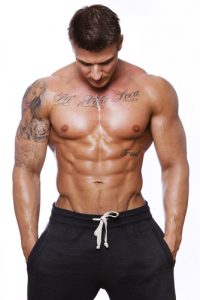 They often use a disparaging term to describe vegans: “Soy boys”, since they believe that eating a plant-based diet with soy as a primary protein source leads to weakness since they insist that soy lowers testosterone, the “manly hormone”, and results in a condition called “Low-T.”

Vegan men, on the other hand, feel that they have as much testosterone rocket fuel rushing through their veins as their meat-eating fellow men – and as a bonus, are healthier by every metric. They also often describe their political orientation as progressive.

Keep in mind that there are exceptions to these generalities. But they tend to occur too often to be more than a coincidence.

So Who is Right? Does Soy Really Lower Testosterone?

To discover the truth, let’s take an objective approach and look at the research. To begin, we need to define soy, and why it is such a common food that can show up as an added ingredient in a broad range of foods. Then we will take a look at both sides of the equation and present sufficient evidence to allow you to make up your mind concerning soy.

Soy protein is one of the most profusely eaten foods across the globe. Soybeans are legumes that come from East Asia and are used worldwide in a broad range of products. Many products add soy as an ingredient- tofu, soy milk, soups, meat substitutes, soybean oil, soy lecithin, textured vegetable protein (TVP) 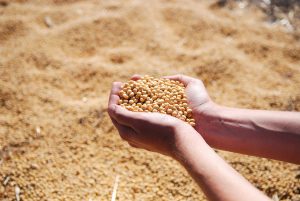 and hydrolyzed vegetable protein (HVP) are all examples.

The result is that soy appears in many products such as Asian cuisine, vegetable gum, cereals, and cookies. Physical fitness fanatics may even discover it hiding in protein bars, canned tuna, and low-fat peanut butter.

Why is it Such a Common Food?

Turn on the news and you’ll hear about the health benefits of soy. The diet book sections have many books about soy. A remarkable 8.52 million metric tons of soybean oil were consumed in 2012, and with an increase in GMO (genetically modified organism) foods, it is a cheap additional ingredient as mentioned above.

Avoiding all soy products is impossible, as soy protein isolate, soybean oil, textured vegetable protein, and various other products account for approximately one-fifth of the calories consumed by Americans.

Soy even shows up in baby formulas, and school lunch programs commonly add soy to hamburger patties as a cheap filler.

And let’s not forget the large agricultural company’s (“Big Agra”) that are all-in on soy. With their unlimited marketing budgets, the benefits of soy are pumped out continuously.

If that weren’t enough, the Food and Drug Administration (FDA) is also on board as they insist there is evidence that soy may lower the risk of cardiovascular disease.

The Case for Soy

Let’s start with the potential benefits of soy. It is loaded with protein – one cup of cooked soybeans will deliver a whopping 22 grams of protein. Also, some studies have concluded that consumption of vegetable proteins may slash the risk of a heart attack.

Other research has indicated that soy has cancer-fighting properties, especially prostate cancer in men. However, this study determined that this protection was highly dependent on the type of soy consumed.

Another study published in the World Journal of Urology measured the testosterone levels of 191 men to uncover any differences between meat-eaters and vegans – and found no difference.

‘We found a plant-based diet was associated with normal testosterone levels, levels that are the same as occur in men who eat a traditional diet that includes more meat,’ explained Dr. Ranjith Ramasamy, who co-authored the study and is the Director of Male Reproductive Medicine and Surgery at the University of Miami. 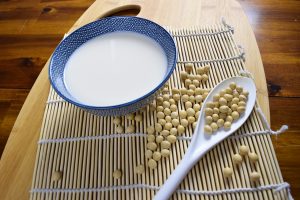 Still another significant study reported the following on the link between soy and testosterone:

No significant effects of soy protein or isoflavone intake on testosterone, SHBG (steroid hormone binding globulin), free testosterone, or FAI (free androgen index) were detected regardless of statistical mode. The results of this meta-study analysis suggest that neither soy foods nor isoflavone supplements alter the measure of bioavailable concentrations in men.

Also, soy is inexpensive, has an excellent history in Asia, and the government has allowed a seal of approval to be stamped on food items that contain 6.25 grams of soy protein.

These studies and facts are powerful evidence that the fears about soy and testosterone are overblown. But as with so many issues, there are two sides to the story. Let’s now take a look at the opposite side of this coin.

The Case Against Soy

The big issue concerning soy is this: Does soy really lower testosterone? The idea that the bean decreased testosterone started from the fact that soy contains active compounds called isoflavones- plant-derived phytoestrogens that at times act like female hormones like estrogen and estradiol.

The theory states that when isoflavones are metabolized, the stomach produces equol, an estrogen has been shown to slow prostate growth, as well as lower dihydrotestosterone (DHT) activity, which is a type of testosterone.

This theory drew the immediate and undivided attention of athletes, bodybuilders, nutritionists, bio-hackers, and anyone else concerned about these potentially devastating side effects of soy. They were, to put it mildly, alarmed.

On the other hand, the vast majority of the population believed what they were seeing on the television commercials brought to you by Big Agra that assured them that soy was good for them and there was nothing to be concerned about.

Numerous studies suggest that soy does indeed have an estrogenic effect on the body, which then lowers testosterone levels. Let’s take a look at a few of them.

#Study 1: Dillingham et al In this study 35 men consumed a range of protein isolate drinks over a 57 day period. The results reported both decrease in testosterone and dihydrotestosterone (DHT) and an increase in estradiol in both the low and high dose groups.

The study determined that this food, regardless of isoflavone content, decreased testosterone and DHT with minor effects on other hormones, providing evidence for some effects of soy protein on hormones.

#Study 2: Chavarro et al This study looked at the possible link between soy foods and isoflavones consumption with semen quality parameters while adjusting

for personal characteristics. The study was conducted using 99 infertile males. The results found a reverse relationship between soy food intake and sperm concentration with those consuming the most soy having the lowest count.

#Study 3: Siepman et al This study focused on a 19-year-old man with diabetes and sudden onset of loss of libido and erectile dysfunction after consuming significant amounts of soy-based products in a vegan-style diet. His testosterone and DHT levels were both dramatically lowered.

However, it must be mentioned that the man studied had an existing metabolic disease, and needed to eat significant amounts of soy to meet his protein requirements – 9 to 10 times the normal amount for a lengthy time. All symptoms normalized once he reduced his intake of soy and stopped the vegan diet.

If the link between soy and Low-T is true, let’s delve into a possible cause of the problem.

The anxiety with soy is that it contains plant chemicals known as isoflavones that act as endocrine disrupters. There are two possible scenarios that explain how isoflavones can act on mammalian cells. They can either attach to cell receptors in the cell nucleus, which then bind to DNA that leads to protein-encoding, which is the role that protein is designed to follow. Therefore they then mimic a weaker version of estrogen – not good for muscle growth and strength.

In the second scenario, the isoflavones can attach to these receptor sites, change the locks and keys, and move in like-new homeowners. This stops estrogen from opening the door to its home and causes a process that prevents correct protein-encoding.

Either scenario is not good for any man trying to build or maintain muscle mass.

But There are Other Concerns About Soy

The above theory is still disputed. But there is other research that may make you think twice about lowering your soy consumption:

So there you have it. Both sides of the equation. Do your research and determine if soy should be a part of your nutrition plan, and, if so, how much.

How to Dispose of Needles and Sharps Correctly and Safely