Video Download: Piracetam The Granddaddy Of All Smart Drugs

Video Stream: Piracetam The Granddaddy Of All Smart Drugs

But we don't stop with hormone replacement. We believe in using every tool in our toolbox to totally revamp your physical and mental fitness. The latest research on nutrition, physical fitness, nutritional supplements, and stress reduction are all included in our regimens. And that includes nootropics (aka "smart pills) like Piracetam.

Developed in the late 1960s, Piracetam was the first compound that was classified as a nootropic drug and is the most well-known of the cognitive enhancers. 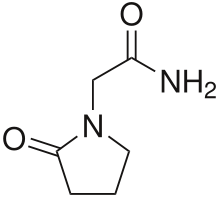 Piracetam was the first racetam to be synthesized and is the chemical from which the word “nootropic” was born.

Piracetam was first used in Belgium in the late 1960s, where it was tested in clinical studies.

The former Soviet Union was also deeply involved with Piracetam and conducted several studies of their own.

Piracetam is perhaps the most famous of the so-called “smart drugs” for a few reasons.

Second, it has extremely low toxicity concerns and is therefore considered safe to use.

Third, it protects the brain and alleviates various brain ailments.

Fourth, it is legal, easy to obtain, and relatively inexpensive.

These conclusions are based on decades of testing and observation, a long with the fact that the absence of toxicity and side effects from Piracetam is rarely seen with most prescription medications.

Piracetam not only fights disease -- it also may postpone or even reverse natural brain aging and can make “normal brains” work more efficiently!

Over 30 years have passed since the “nootropic revolution” began with the development of Piracetam, and, as mentioned earlier, there has been a virtual absence of toxicity and side effects.

Piracetam's method of action is not understood. It is neither a stimulant nor a sedative but is known to influence cognitive ability.

Piracetam is also believed to be a vasodilator and a circulatory agent, but this is not thought to be its main nootropic action.

The consensus is that piracetam influences the AMPA and NDMA receptor sites.

These receptors play a critical role in learning and memory.

It is also known 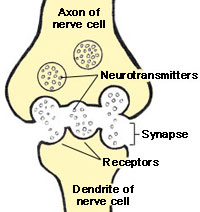 that piracetam affects the acetylcholine neurotransmitter and the ACh receptor sites.

As a result, overall neurotransmission is improved, and this is believed to be a result of the modulation of ion channels or carriers. Piracetam is thought to be a metabolic enhancer and improves neuronal efficiency.

Piracetam appears to influence glutamate transmission in the cerebellum, the center of motor function, which results in improved motor planning skills.

Additionally, Piracetam improves blood flow to the brain, as well as oxygen uptake in the brain.

This is accomplished by activating acetylcholine in a process known as the cholinergic effect.

This led researchers to conclude that consuming choline with Piracetam will boost the power of the nootropic dramatically.

Piracetam increases the brain's turnover of Adenosine Triphosphate (ATP) within the cerebral cortex, which is associated with increased energy production in the mind.

Last, piracetam seems to promote the transfer of information from one hemisphere of the brain to the other, connecting the right and left spheres in ways beyond normal human functioning.

Coordinating the two halves is vital for motor planning, and Piracetam excels at this.

Piracetam has been shown to be safe, with very few side effects.

However, as with all substances, side effects can occur.

With Piracetam, side effects are usually the result of taking an unusually high dose, or in those who are sensitive to the substance.

Here are some of the side effects that are common with high dosage:

It is thought that these side effects may be caused by ACh receptor site “burn out.”

One way to prevent this is to always take a choline source with Piracetam, such as Alpha GPC or choline bitartrate.

In fact, some conclude that taking a choline supplement with Piracetam is a must, since Piracetam is synergistic with choline, and if there are not sufficient amounts of choline present, the best-case scenario is that you are wasting your money.

The worst-case scenario is experiencing the above-listed side effects.

However, this is just a theory. The best bet is to discontinue use if you are experiencing any of these side effects and seek medical advice.

Drug interactions with Piracetam are rare, but should not be ignored, and it is strongly recommended that you check with your doctor to be on the safe side.

Piracetam tolerance is usually minimal, and most people can take it for months without any tolerance building up.

However, that is not the case for everyone, 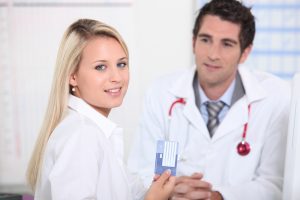 so be aware that you can experience a build-up of tolerance.

If this happens, consider taking a break from using the substance.

To determine if Piracetam is right for you, do not take it unless advised by a physician if you:

If you ever feel uncertain about any of these issues, consult your physician before taking or continuing to take Piracetam.

Piracetam, as a rule, combines quite well with other cognitive enhancers.

This is commonly referred to as a nootropic stack. Free to experiment, and stack it with the other racetams, as well as Bacopa Monnieri, Ginkgo Biloba, vinpocetine, huperzine A, Acetyl-L-carnitine, Centrophenoxine, DMAE, Modafinil, and any other nootropic.

800-2,400 mg is taken 1-2 times per day, with or without food. Piracetam possesses an average half-life (approximately 5 hours) and is best dosed 2 to 3 times daily.

In a 1976 study by Dimond and Brouwers, Piracetam showed the ability to improve learning in healthy people not suffering from any afflictions or age-related degeneration.

Sixteen students “in excellent health and good mental and physical condition” were given either 4.8 grams of Piracetam a day or a placebo. 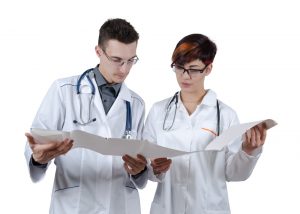 different measures of verbal learning and memory, the result showed a high degree of benefit for the students receiving Piracetam as opposed to the control group that received the placebo.

The authors concluded that:

“the fact is that piracetam improves verbal learning and in this it would appear to be a substance which is capable of extending the intellectual functions of man...our subjects were not senile, suffering from generalized brain disorder, confused states, or any other pathology of the brain...it is, therefore, possible to extend the power which (individuals gifted with high intelligence and good memory) possess to still higher levels despite the fact that the range of their achievement is a high.”

In another study, researchers performed a double-blind crossover trial with 18 healthy middle-aged people (median age 56) with no evidence of physical or mental disease, based on medical records and administration of several intelligence tests (mean group IQ: 120 plus or minus 11).

The results showed a clear benefit for the Piracetam groups.

There is still another benefit of Piracetam.

What this means is this: many people desire to be in a hypomanic state without the accompanying burst of in appropriate anger, insane spending, or any of the other problems that usually go a long with hypomania...and make it a fun and productive mindset to be in...as opposed to the experience of manic-depression. 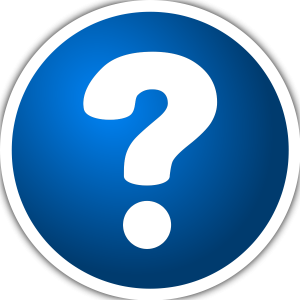 One final issue needs to be addressed.

Skeptics often ask the following question: “If piracetam and other nootropics are so good, why isn't everyone using them?”

Fair question. Most people are far more concerned about how they look than how they think or perform.

And some people won't use a safe muscle builder like creatine, only because they don't care about building muscle.

You can get a slight increase in your car's horsepower by upgrading the air intake and installing a less-restrictive exhaust.

The cost of these will result in a slightly better fuel economy and somewhat increased strength for as long as you own your car.

But the vast majority of people would not go to all the bother for an extra 2 or 4 horsepower.

The takeaway is this: most people don't have the desire or knowledge to optimize each aspect of their lives.

In fact, the use of nootropics is at best a waste of money for anyone working in a grueling, mind-numbing factory, then coming home to watch sitcoms for three hours.

Given a choice between beer and nootropics, they would probably choose the former most, if not all, of the time.

Therefore, please remember this if anyone questions you about Piracetam use in a condescending, disproving manner.

As long as it is working to better your life, that's all that matters.

And considering Piracetam's safety, a track record of effectiveness, low toxicity, and low price, Piracetam may be just what you have been looking for.

If you decide to give Piracetam a chance, as with all new substances, start small, go slowly, and pay close attention to the effects you are experiencing.

Our combination of growth hormone and nootropic recommendations will sharpen your mind to a razor's edge!

Contact us for a FREE, no-obligation discussion concerning the benefits of hormone replacement. 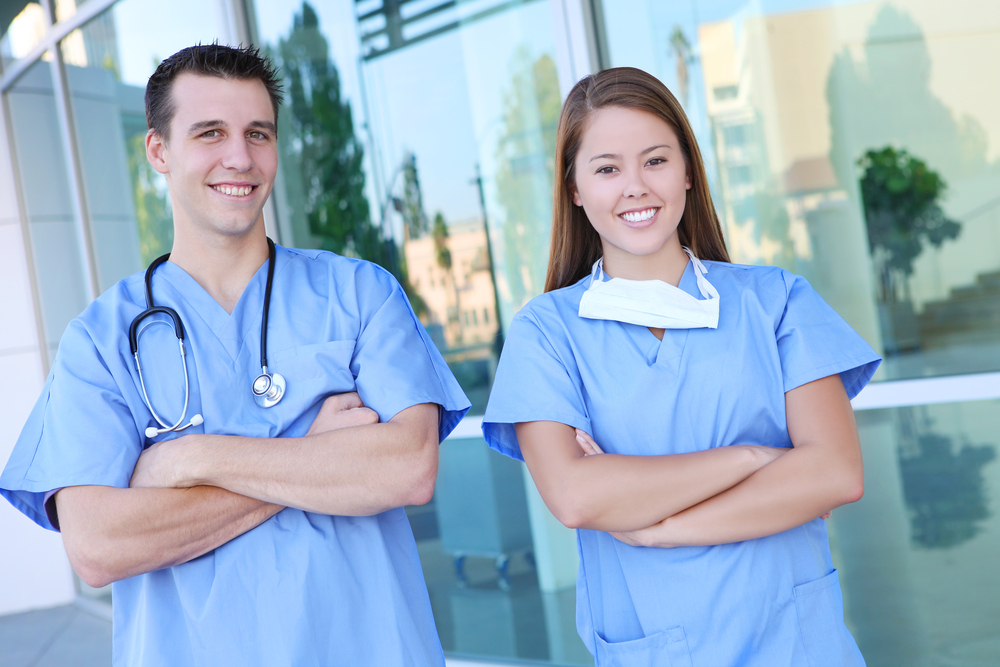 Top 12 Benefits of Piracetam: What The Science Really Says

Piracetam – What is Piracetam?