The physical and mental benefits of Human Growth Hormone (HGH) Replacement Therapy have been repeatedly proven in countless studies. Our clinics offer the most efficient, cutting-edge, cost-effective, and safe HGH treatment regimens. And to add to that we also provide detail advice on nutritional supplements like phosphatidylserine.

If you're interested in boosting your ability to learn...developing razor-sharp memorizing skills...dramatically increasing your capacity for learning and retaining new information...and adding a new weapon to your stress-busting arsenal...then it's time you learn about phosphatidylserine (PS).

PS is an essential fatty acid that our bodies produce in limited amounts. 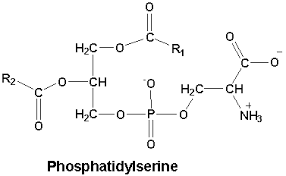 Phosphatidylserine is in the family of fats called phospholipids and is a significant component of cell walls.

PS helps them repair and maintain cells and improves their ability to communicate with each other.

Aging is associated with cognitive decline, as it is with so many other conditions.

Typically, the symptoms of cognitive decline are a lack of ability to concentrate and memory difficulties.

In a 1991 study from Neurology magazine, researchers discovered that 100 mg of PS given three times daily improved memory and learning in elderly patients with age-related memory impairment.

Alzheimer's disease is by far and away the most feared and dreaded form of dementia.

Alzheimer's affects the part of the brain that controls thought, memory, language and diminishes the sufferer's ability to function normally in day-to-day living.

Alzheimer’s usually begins after the age of 60, and as you get older, the risk of the disease increases.

For the unfortunate victims of this hideous affliction, healthy life becomes virtually impossible.

They are quite often unable to carry on a simple conversation, and may not be able to recognize former close friends and even relatives.

Many Alzheimer's sufferers spend virtually all of their time sleeping and staring vacantly at a television set, giving meaning to the cliché; “the lights are on, and no one's home.”

In essence, Alzheimer's robs its hosts of their very humanity.

A study published in a 1992 issue of European Neuropsychopharmacol, researchers announced that 300 mg of PS daily for two months helped improve the symptoms of Alzheimer's.

PS is considered to be essential to the neuron membrane. This layer is vital for communication between neurons.

Networks of communicating layers store memories. Some of these networks include receptors responsible for receiving the neurotransmitter message from other neurons.

The cell membrane fundamentally transmits an electrical current from one end of itself to another.

The problem is this: as people age; the neuronal membrane starts to lose receptors.

Worse, the remaining receptors lose their ability to receive messages. 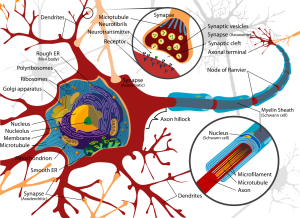 Also, the layers may become more inflexible and have difficulty transmitting the electrical charge a long the neuron. Then, the neurons will not be able to pass on the messages they receive.

There are cognitive enhancers (herbs, vitamins, etc.) that have demonstrated the ability to increase blood flow to the brain, and protect against the vast array of toxins that continually assault the mind.

These herbs and vitamins can help to reduce mental confusion and memory loss.

However, PS goes beyond this.

In addition to protecting the brain, PS can improve the brain's cellular mechanisms, resulting in better recollection and recall to elevated mood and outlook.

Here's how it works:

But as we age, the production drops off. Supplementing with PS can halt and reverse this catastrophic decline.

In addition to the numerous ways PS benefits our brains, it also has another surprising effect: many bodybuilders have sworn that PS has an anabolic (building up) impact on our muscles as well as our brains!

Why PS Has This Effect

Every time we experience stress, due to a traffic jam, an argument, a temper explosion, or a 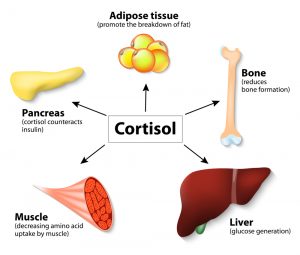 strenuous workout, our bodies are flooded with a muscle-destroying hormone called cortisol.

Think about it. High-intensity exercise is without a doubt stressful.

Granted, the benefits of hard-training far outweigh the downside.

But cortisol never helps. The workouts build the body, and the cortisol tears it down.

And it can be so easy to over-train.

This overtraining is why so many athletes turn to performance-enhancing drugs like anabolic steroids. Steroids can block the release of cortisol, but they also have many serious adverse side effects.

However, PS can also block the release of cortisol, with one gigantic difference: it does this safely and legally!

In their book Phosphatidylserine: Promise for Athletic Performance, by Edmund Burke, Ph.D., and Thomas Fahey, Ed.D, the authors state that PS suppresses cortisol production, and numerous other studies have shown that PS can decrease cortisol by 30 per cent after intense exercise, either endurance training or weight-lifting.

The fat-loss is due to a simple equation: less cortisol = less craving for pound-adding, sugar-filled carbohydrates = melting fat.

Cortisol is released in response to other types of stress as well as intense exercise.

Cortisol's primary purpose is to help you deal with extreme stress. It pours out in massive doses during the “fight-or-flight” response, as well as starvation and other severely stressful situation.

Why does the body release this much cortisol? The answer goes back to our distant caveman ancestors.

When cortisol floods the body in high amounts, the body stores precious body fat (which for cavemen was seen quite differently than today...it was often the fuel needed for survival).

However, those situations were usually over quickly.

Put simply; our bodies are not designed to deal with the continual cortisol bombardment caused by traffic jams, office politics, demanding spouses, etc.

We need to keep our cortisol levels low, and that's why PS is worth its weight in gold.

PS has been proven safe in standard animal toxicology tests. A flawless safety record exists for PS use in high numbers of human studies as well. 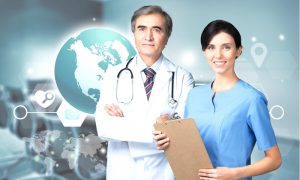 to Burke and Fahey:

“PS has been proven safe in standard animal toxicology tests. A flawless safety record exists for PS use in a significant number of human studies as well.”

A recommended dose of PS for maintaining health and boosting brain performance is, to begin with, a high level of consumption (200 to 300 mg per day with meals) for one week.

This amount will saturate the cell membranes, which will allow you to go into a maintenance mode of 100 to 200 mg daily.

To sum things up, PS may have an advantageous effect on memory by allowing neurons in the neural networks to communicate with one another, which keeps existing memories intact, and also enables new memories to be formed and retained.

When combined with a powerful and effective regimen of growth hormone replacement therapy, the effects of PS are amplified. Contact us for a free, no-obligation discussion about what growth hormone combined with other lifestyle changes can do for you. And that includes PS!