Video Download: Modafinil Is It The Real Life Nzt 48

Video Stream: Modafinil Is It The Real Life Nzt 48

Here's What You Need to Know About This Fascinating Nootropic

In the movie Limitless, a struggling writer who just couldn't seem to organize his thoughts tried a pill called NZT-48.

In a remarkably short period, he developed the ability to finish his novel in just three days, in spite of the fact that before taking the substance, he had been struggling for months to get a single page completed. 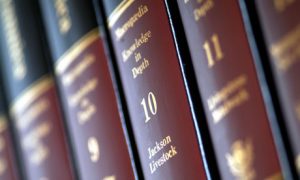 But that's not all. He suddenly found that his mind had expanded to seemingly unimaginable heights.

He had turned into a walking, talking encyclopedia of obscure facts and figures, and possessed full knowledge about anything and everything.

His mental acumen was such that he could learn a foreign language in just four days...read a 1,000-page book in just a few short hours, and master the piano in a week...classical style!

In a nutshell, his IQ was four digits, and his genius was unparalleled.

He then turned his new-found intellectual firepower to the stock market and became quite wealthy day-trading.

The world was his for the taking, or so it seemed.

However, there were a few problems that were unexpected, like the potentially dangerous side effects of NZT-48, a long with a shortage of the drug, and the desperate methods needed to obtain new supplies, not to mention the unsavory characters that our protagonist was forced to deal with.

Regrettably, There is No NZT-48

Limitless was indeed only a movie, and in real life, there is nothing that is capable of making our IQ's blast off into the stratosphere.

But we do have smart drugs, commonly referred to as cognitive enhancers, or nootropics.

The miracles of pharmacology have not always panned out. But one that many people believe has delivered its promised benefits is the modern drug Modafinil.

Modafinil is a vigilance-promoting drug that has been approved by the United States Food and Drug Administration (FDA) for the treatment of the wakefulness disorders of narcolepsy, shift work sleep disorder, and excessive daytime sleepiness associated with obstructive sleep apnea.

Modafinil is available in more than 20 countries, and in America, the drug is most commonly sold under the name Provigil.

Modafinil is a long-term acting drug, which may last up to 15 hours.

Therefore, most users take it early in the day to prevent insomnia.

What are the Benefits of Modafinil?

Many users feel that the drug is a cognitive enhancer that improves memory, focus and gives them an ability to “get things done” that they had not previously possessed.

Listen to what one user said: “...they weren't lying when they said it helps you focus. The focus on Modafinil is breathtaking. It is like being on a train, going through a tunnel. There is no way to go but forward and there are no other distractions. Modafinil is the ultimate tunnel vision.”

The usual prescribed dosage of Modafinil is 200 mg once a day.

However, it is suggested that you start with a half-dose of 100 mg or even 50 mg to gauge the drug's effects. This is particularly the case for people with a history of any health concern.

Please check with your physician or health care provider to make sure Modafinil is safe for you.

Modafinil should not be taken by people with heart or liver problems unless cleared by a physician.

Additionally, Modafinil can make some types of birth 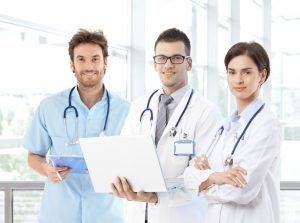 control pills less effective, which may result in an unplanned pregnancy. Also, here are some possible side effects:

Serious side effects can occur, though rarely. They are:

If you experience any of these symptoms, stop using Modafinil immediately, and seek professional medical advice and guidance. Fortunately, for the 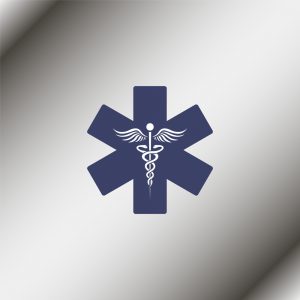 The Ethics of Modafinil

While discussing Modafinil, many have questioned if the use of Modafinil is “unfair” or “cheating” by giving the user an advantage over non-users.

And many users are asked why they need an edge, and precisely what are they lacking that makes them unable to perform as highly while not using the drug.

To answer these questions, it must be mentioned that there is a degree of subjectivity with Modafinil (and all other nootropics, for that matter).

Some users see dramatic improvements and immediately feel many or all the effects of the earlier-mentioned benefits.

However, some users don't feel that it gives them an advantage at all.

This may be because healthy, ambitious, and successful adults who are getting sufficient amounts of sleep may not notice much improvement because they are already performing at the top of their game.

And a few users experience some of the downside effects listed above.

For them, there is not only not an edge; they are worse off. Still, others may experience benefits that may be the result of the placebo effect.

A possible explanation for all of these contradictions may be this: we just don't know why or how Modafinil works.

But back to the ethics of taking Modafinil. No one is forced to use it, so that serves to take some of the stings from the unethical charge.

But considering the wonders of modern technology, it is becoming increasingly difficult to draw the line between what is ethical and what is not.

Is that unfair? Most people consider the progress and convenience that technology has delivered to us as a plus.

In fact, the case can be made that we owe it to ourselves and our families to do all that we can to stay healthy and perform to our full potential.

Can Modafinil be habit-forming?

Yes. But that's not necessarily a bad thing.

If you can accomplish your goals more efficiently and become more productive, and if the substance is safe, then it's great if it is habit-forming.

Other Effects of Modafinil

Some users of Modafinil have stated that they have experienced other effects not previously mentioned. Some have reported that their vision and kinesthetic sense is sharper.

This could be good or bad. It's good to be more in touch with your body and see colors and patterns more clearly.

But it could be bad if you have old injuries that make an unwelcome reappearance. And while on Modafinil, neon lights are brighter, which is probably not too distracting, unless you are on the strip in Las Vegas.

Other users have been so focused while taking Modafinil that they have lost track of time, forgot to eat and drink enough water, and become engrossed in several topics at once, thus eliminating the benefits of the drug by jumping around from one subject to the next.

Also, some users complain that due to Modafinil's long-lasting effects (12-15 hours), they are forced to plan their life around taking the drug, which can prove to be quite inconvenient.

This is where Modafinil has picked up the moniker of “the time-shifting drug.”

None of these side effects should be deal-busters on their own.

The key is to be aware of them and plan accordingly.

So, is Modafinil Right for You?

The long-term safety and effects of Modafinil are unknown.

Having said that, this caveat could be said word for word when describing any drug, supplement, or medical procedure (for example, gastric bypass or organ transplant), no matter how beneficial it may appear to be short-term. 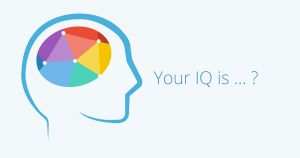 The real question is this: does Modafinil make you smarter?

Most researchers feel that at best, Modafinil allows you to use your natural brain power more productively. However, it is no “miracle drug” a la NZT-48.

But for many, it is the next best thing.

So once again, the question arises: is Modafinil for you?

That depends on you. If you decide to give it a try, don't forget to follow the same rules that should be followed before adding any new supplement, drug or nootropic to your routine.

Check with your physician or other medical professionals, do your research, then go to Internet forums and listen to what users say.

Finally, respect the drug. Start small and cautiously, then see how you feel and go from there. Modafinil: Is it the Real-Life NZT-48? was last modified: November 9th, 2021 by Professor Tom Henderson