In the Battle Against Aging, When do the Risks Outweigh the Rewards? 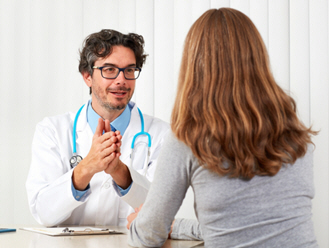 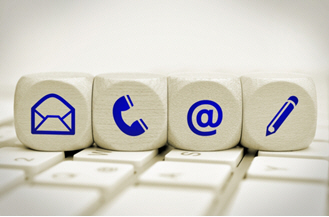 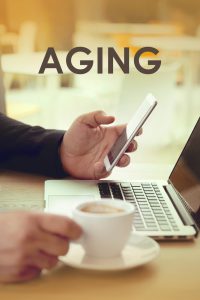 One thing most people agree on is this: aging is not for sissies.

For most men, while aging, the combination of constant fatigue, increasing weakness and loss of endurance, nagging aches and pains that only get worse, and a severely diminished libido result in depression...sometimes severe and hopeless depression, even suicide.

Therefore, it should come as no great shock that a growing army of men are willing to try Testosterone Replacement Therapy (TRT).


Video Download: In The Battle Against Aging When Do The Risks Outweigh The Rewards

Video Stream: In The Battle Against Aging When Do The Risks Outweigh The Rewards


This figure is twice the number of men undergoing TRT since as recently as 2008.

This growing number is in spite of the dire warnings from many medical experts that they are increasing their chances of a heart attack and other health complications.

The Food and Drug Administration (FDA) has Entered the Debate

The Food and Drug Administration is trying to decide whether taking hormone supplements, which promise to battle that natural decline, is safe.

As the FDA is gathering evidence and determining what, if any regulatory action to take, the questions remain unanswered and controversial.

What are the pros and cons of testosterone-replacement drugs?

Wall Street Journal health editor Melinda Beck delves into this debate by getting the opinions of several physicians and researchers and gives us an up-to-date look at the FDA's current thinking on this heated topic.

An FDA advisory panel in September of 2014 urged the agency to require testosterone-product manufacturers to study the potential of cardiovascular risks.

panel also recommended new labeling to state that testosterone drugs, which were first approved in the 1950s to treat severe hormonal deficiencies, haven’t been shown to be safe and efficient for boosting age-related drops in testosterone.

These drops are, of course, the reason that so many men are eager and desperate to do something about it.

Only about half of men filling testosterone prescriptions have been formally diagnosed as deficient in the hormone, according to an FDA review.

The rest want to attempt to halt the aging process, or at least slow it down in the hope that future medical technology may deliver on the promise of turning back the hands of time, allowing men to regain their youthful exuberance.

It isn’t clear what the FDA will do.

But whatever the agency decides, doctors will still be able to prescribe the drugs “off-label.”

And for many men, the benefits of boosting testosterone levels, a condition often referred to as low-T, are worth the risk in the life-and-death, do-or-die struggle against aging.

The Ugliness of Aging 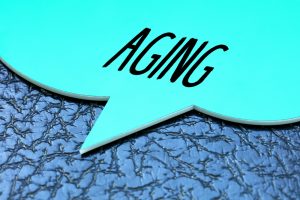 Aging decimates a man's testosterone levels, and the results are anything but pretty.

Here are some of the symptoms of this hideous development:

Testosterone is a male steroid hormone that rises sharply when boys hit puberty.

In short, it is what makes men MEN.

Levels peak in the late '20s and decline gradually, about 1% a year, as men age.

In contrast, estrogen levels drop off much more sharply in women at menopause. 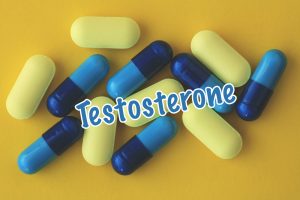 affect energy, mood, and sex drive, as in men?

Besides lower energy, declines in testosterone also are associated with more fat, depression and memory lapses.

Such changes may occur more dramatically in some men than others, depending on lifestyle and genetics.

They also can be symptoms of thyroid problems, obesity, alcoholism, and other conditions.

“Aging is associated with a lot of other conditions — poor eyesight, poor hearing, bad joints, bad blood vessels, cancer — yet we treat them because it improves the quality of life and longevity. Why not low testosterone?” says Abraham Morgentaler, a Harvard Medical School urologist and director of a men’s health clinic in Boston.

‘Men all want to feel younger and more virile, and they somehow have come to believe that low-T medication is the fountain of youth. But we don’t know whether it’s safe. ’
—Steven Nissen, chairman of cardiovascular medicine at the Cleveland Clinic 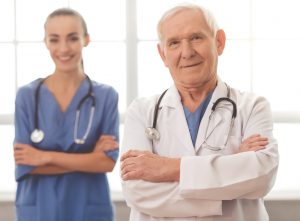 There is little consensus even among medical pros on what level of testosterone constitutes “low” in older men.

Some doctors say a total testosterone level of below 325 nanograms per deciliter, at any age, indicates hypogonadism, the official term for low-T.

An FDA analysis of insurance claims found that for 21% of men who filled testosterone prescriptions, there was no record of a lab test, either before or afterward.

Large doses, which some bodybuilders take to bulk up, have been linked to aggression.

The heart attack concerns arose this past November again when a widely publicized study in the Journal of the American Medical Association (JAMA) of nearly 9,000 veterans being evaluated for coronary artery disease discovered that those who used testosterone had a 29% higher risk of heart attack and stroke than those who didn’t.

Testosterone prescriptions dropped precipitously from about 600,000 a month before the JAMA study was published to about 500,000 a month currently.

The study kicked off intense debate and some harsh criticism from physicians who support testosterone therapy.

Other studies on cardiovascular risks from testosterone have had mixed results.

In July, Canada’s drug regulatory agency said its review had found “a growing body of evidence” associated with testosterone use of “heart attack, stroke, blood clots, and increased or irregular heartbeat.”

The agency ordered makers of testosterone to add a warning to their labels.

A day later, the FDA rejected a petition from a nonprofit, consumer-watchdog organization, Public Citizen Health Research Group, for stronger warnings in the U.S., concluding that there was insufficient evidence of a risk. 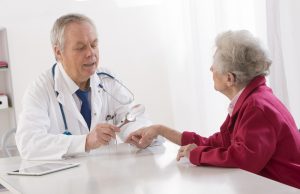 failure, and low sperm counts, and warn that women or children exposed to testosterone could develop male characteristics, such as chest hair.

Some testosterone-treatment proponents admit the drugs could increase cardiovascular risks because they boost levels of red blood cells, which make blood thicker.

But they say donating a pint of blood every few months can keep these levels within normal ranges.

“If a patient is carefully monitored, it’s not a concern,” says Mark Rosenbloom, who runs a clinic in Northbrook, Ill., specializing in testosterone- and other hormone-replacement therapy.

The committee also recommended that labels should be changed to discourage the drugs’ use for “age-related” declines of the hormone.

Testosterone treatment can be expensive: some treatment regimes cost as much as $300 a month.

Some men might have a more difficult time obtaining insurance coverage for the drugs if the FDA decides to mandate changes in labeling the product.

Testosterone-product makers, in their comments to the panel, said the lack of extensive, controlled studies makes it “difficult to interpret” the long-term impact of the treatment. 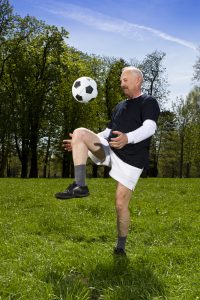 For many men, testosterone treatment has changed their lives.

Bob Mattioli, managing partner of a medical-device training company in Braintree, Mass., started getting hormone injections about 15 years ago when he turned 50 and started feeling “dragged out, fatigued and general malaise,” he says.

Now he exercises vigorously, with a broad range of strength-building, body-weight calisthenics and brisk walks every day.

A Harvard expert shares his thoughts on testosterone-replacement therapy

In the Battle Against Aging, When do the Risks Outweigh the Rewards? was last modified: December 26th, 2018 by Professor Tom Henderson

Want to Keep Your Bones Strong and Healthy? Then STAY ACTIVE!