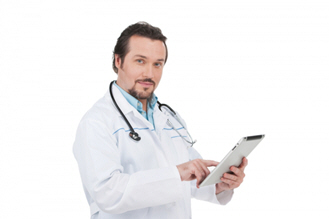 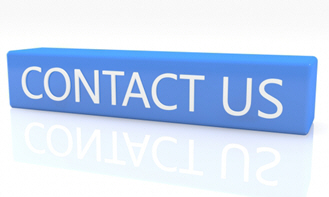 Vitamin B12 may help protect against brain volume loss in the elderly. That's according to researchers from the University of Oxford in England. 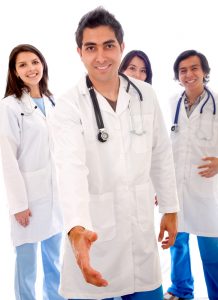 The scientists studied 107 people between the ages of 61 and 87 without memory or thinking problems. The average age of participants was 73, and 54% were women.

None of the people in the study had a vitamin B12 deficiency.

When the researchers compared the results, they found that individuals who had higher vitamin B12 levels were six times less likely to experience brain shrinkage compared with those who had lower levels of the vitamin in their blood.

The researchers write that they were unable to investigate whether lower vitamin B12 could cause cognitive impairment by its effect on brain size.

"Many factors that affect brain health are thought to be out of our control, but this study suggests that simply adjusting our diets to get more vitamin B12 through eating meat, fish, fortified cereals, or milk may be something we can easily adjust to prevent brain shrinkage and so perhaps save our memory," says study author Anna Vogiatzoglou, MSc, with the University of Oxford.

Since the researchers did not look at whether taking vitamin B12 supplements would achieve the same effect, it remains unknown whether they could make a difference in elderly persons at risk for brain shrinkage.

"Without carrying out a clinical trial, we acknowledge that it is still not known whether B12 supplementation would make a difference in elderly persons at risk for brain shrinkage," Vogiatzoglou says.

The body's ability to absorb vitamin B12 diminishes as we age. Approximately 10-15% of folks over 60 years old suffer from low levels of B12.

In addition to combating brain shrinkage, there are four other mental benefits to vitamin B12.  First, B12 slows memory loss. Sadly, B12 deficiencies are all-too-common in older adults in the 65 and older age range.

Studies have shown that increasing your intake of B12 could slow mental decline by nearly one-third. Also, those with high B12 levels had retained more gray 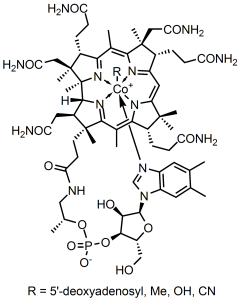 matter in the crucial parts of the brain responsible for attention and memory.

Second, adequate B12 levels can prevent depression. This is due to B12's ability to slash blood levels of homocysteine, a villainous amino acid associated with Alzheimer's Disease and cardiovascular problems such as heart attack and atherosclerosis.

Homocysteine is a derivative of the amino acid methionine. Some researchers consider homocysteine as dangerous to our continued heart health as cholesterol.

To add to homocysteine's list of crimes, it can also be toxic to our brain cells.

To put things in straightforward, direct terms, low homocysteine levels are a must!

The good news is this: Sufficient levels of vitamin B12 will get the job done.

Third, B12 leads the charge in stroke prevention. Again, this is a direct result of adequate levels of B12 lowering homocysteine.

Studies have concluded that low levels of B12 may cause inflammation in the brain and damage the sensitive sheaths surrounding the brain and nerve cells, thus stopping a stroke.

Fourth, normal B12 levels give the boot to depression. What we have here is a vicious circle. Depression increases the risk of Alzheimer's disease, which causes brain shrinkage and raises the risk of stroke.

All of these factors increase the risk of deepening depression. Again, it's B12 to the rescue. Our bodies require adequate B12 levels to produce the substance SAM-e.

This is vital since SAM-e makes chemical messengers in the brain. Too few of these messengers may lead to depression.

To ensure your levels of B12 remain high, here is a review of a few reasons why certain individuals are B12-deficient. Since animal foods are a primary source of B12, vegetarians are at risk of B12 shortage.

Medications that lower stomach acids (proton pump inhibitors, or PPI's) can make it challenging to obtain B12 from food.

PPI's are prescribed for a broad range of problems. Atrophic gastritis is a condition that causes chronic inflammation of the stomach lining, which naturally limits the amount of acid the stomach makes.

With low levels of stomach acid, the stomach can't release the B12 held in food, and therefore the nutrients cannot be absorbed by the body.

Another medical problem that causes lower stomach acid is pernicious anemia. This affliction results in your immune system attacking and eventually destroying the acid-secreting cells of the stomach lining. The result, once again, is a low level of B12.

Other drugs such as colchicine, metformin phenformin, and slow-release potassium supplements lead to problems with B12 absorption.

Hopefully, the point is well-taken. B12 is essential to your brain health. To make sure your intake of B12 is adequate, begin with B12-rich foods such as beef, lamb, halibut, salmon, sardines, eggs, milk, cottage cheese, yogurt, and vitamin B12 enriched soybean products.

For added nutritional insurance, consider supplemental B12. The recommended dose is between 500 micrograms (mcg) to 1,000 mcg daily.

The Miracle of the Human Growth Hormone Secretagogue Sermorelin