A recent, year-long research study has concluded that aging might not be the inevitable juggernaut as previously thought.

The small study, known as the TRIIM (Thymus Regeneration, Immunorestoration, and Insulin Mitigation) trial, occurred between 2015 and 2017 on nine men between the age of 51 and 65 years. It is the first human clinical trial designed to reverse aspects of human aging.

The clinical study did not start to try to stop the biological “hands-of-time” by reversing aging. The study’s initial purpose was to determine if anything could be done to slow or halt the shrinking of the thymus gland. 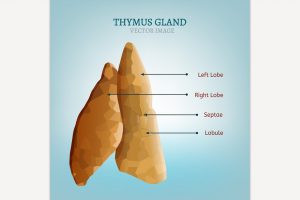 The thymus gland (the so-called “master gland of the immune system”) plays a crucial role in finding and destroying invading pathogens (a bacterium, virus, or other microorganisms that can cause disease). The gland does this by changing young immune cells into specialized cells by removing white blood cells from bone marrow and converting them into T-cells.

These T-cells then go on a “search-and-destroy” mission to kill the dangerous and harmful pathogens. However, there is a problem; the usual suspect: aging. Shortly after puberty, the function of the thymus gland begins to deteriorate slowly.

This degeneration accelerates as time passes and the gland accumulates fat and shrinks due to losing tissue. And by age 40, 90% of its functional mass is replaced by fat. This process plays a significant role in weakening the immunity of older people.

Previous studies on animals and HIV patients concluded that growth hormone might help promote recovery of the lost thymus tissue.

The current study was designed to test that theory. One possible side effect of growth hormone is a rise in blood sugar levels. To combat this possibility, the anti-diabetic drug Metformin and the hormone Dehydroepiandrosterone (DHEA) were added to the study.

Each study participant took the cocktail a few times weekly for one year. When the year was up, scientists examined their DNA and made the astonishing and unexpected discovery that the subjects had dropped an average of 2.5 years of their biological age, also known as their epigenetic age.

An epigenetic clock is a biochemical test that can be used to measure age. This test is based on DNA methylation levels. Biological age is how old a person seems as opposed to chronological age, which is the number of years a person has lived.

To clarify the research results, if the researchers had frozen time to conduct the study, the volunteers would have emerged 2.5 years "younger" than they entered. In reality, a full year had passed, so the men gained back about 1.5 years of their lives.

This clinical study, published Sept. 8 in the journal Aging Cell, indicates that biological aging may not be inevitable, said Dr. Greg Fahy, Ph.D., lead author of the study and chief science officer of anti-aging therapeutics company Intervene Immune. “One of the lessons that we can draw from the study is that aging is not necessarily something that is beyond our control,” Dr. Fahy said. “In fact, it seems that aging is largely controlled by biological processes that we may be able to influence.”

"It has never been shown before that predicted biological age…can be reversed over time in the same individuals, and especially so after an intervention of this 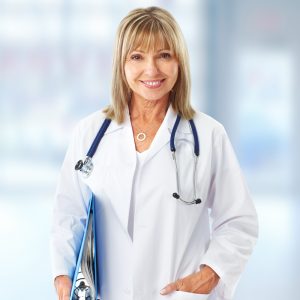 kind," Sara Hägg, a molecular epidemiologist at the Karolinska Institutet in Solna, Sweden, stated in an email.

“This study has huge implications not just for infectian ous disease but also for cancer and aging in general,” said Sam Palmer, cancer  immunologist at the Herriot-Watt University in Edinburgh.

Epigenetic age is measured by looking at epigenetic markers indicating chemical changes to DNA over time. These markers are like “decorations on your DNA,” Dr. Fahy said.

One of those markers is the addition of methyl groups to DNA in a procedure called methylation. The link between aging and methylation was indicated in an analysis of clinical data in a prior study led by Dr. Steve Horvath, Ph.D., a professor at the University of California.

Dr. Horvath found the methylation process to be a crucial measure in developing epigenetic clocks. Epigenetic clocks can be “a beautiful tool for people who want to study changing aging,” Dr. Fahy noted. Previously, conducting a trial to determine how a therapy affects lifespan required tracking the subject until death. Epigenetic clocks dramatically speed up the process.

Using four established epigenetic clocks as points of reference, Horvath determined that estimates of the men"s biological ages diminished during the trial, while estimates of their overall life expectancy increased. The epigenetic signs of age-reversal accelerated after nine months of treatment and appeared to remain mostly intact six months after the trial ended.

How the Epigenetic Clocks work

DNA adds new chemical markers a long its helical structure as we age. These markers include methyl groups consisting of carbon and hydrogen. These groups attach to the DNA and alter how our cells “read” genetic information.

The chemical alterations are named “epigenetic changes and mean “on top of” genetics.

The chemical markers arrange themselves in crisp patterns a long a DNA strand, similar to a barcode. These barcodes can determine a person's biological age 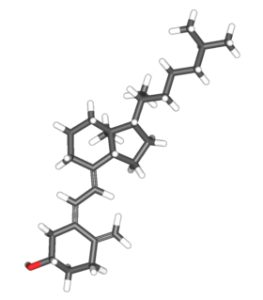 within a range of two to three years, said Hägg, who was not involved in the new study.

The research suggests these changes may be reversible, but Hägg stressed that the results are speculative and, we cannot be sure what caused the reversal.

For example, do the chemical markers cause the change, or are epigenetic clocks only "a marker of the biological process in the body, which happened to be reversed by this mix of drugs?" she asked.

“If this really all works, and we can show it’s really as safe as we believe it is, this is something that can be used to treat aging very soon,” Dr. Fahy pointed out. He also stated that he “believes the drugs in the cocktail might affect biological aging separately through independent mechanisms – something it may be possible to explore in larger trials.”

Also, "we saw some signs that we might be doing more than improving the immune system," Fahy said. Metabolites in the participants" blood suggested that the kidneys had begun filtering toxins from the blood more efficiently.

“I’d expected to see slowing down of the clock, but not a reversal,” said Dr. Horvath. He added, “That felt kind of futuristic.”

However, the study's participant group was very small and didn’t include a control group to compare results. “It may be that there is an effect,” says cell biologist 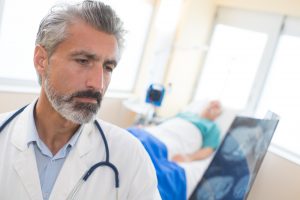 Wolfgang Wagner from the University of Aachen in Germany. “But the results are not rock solid because the study is very small and not well controlled.”

The biggest concern about the study is its lack of a control group or a group of participants that did not receive the drug cocktail, Hägg said. Also, it's not known whether or not study participants made other significant changes to their lifestyles that could have affected the results, or whether some type of "placebo effect" could occur, Hägg added.

A placebo effect occurs when a person’s belief in the treatment is so strong that they would experience results regardless of the actual effects of the procedure. Irrespective of what reversed the epigenetic clock, she said, "the idea that biological age can be reversed is a highly interesting observation."

For now, it's uncertain how each drug contributed to the anti-aging effects, and because the sample was so small, it's unknown whether the results would extend to more significant numbers of study participants. "We completely acknowledge that it was a small study," Fahy said. The researcher's goal is to duplicate the study in more substantial and more diverse groups.

The implications of this study are staggering

Think about it. Science may be on the verge of finally beginning to seriously crack the code of aging. Research studies similar to the TRIMM study are continuing 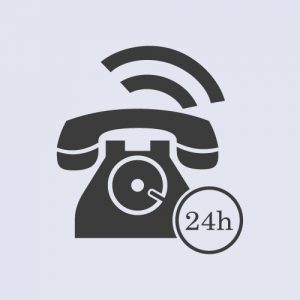 at a breakneck pace.

And our clinic is positioned precisely on the cutting-edge of this type of research. If you love your life and care about extending it, both in longevity and quality, you owe it to yourself to contact us...and join the longevity revolution.

How scientists are reversing biological aging