Like To Join The Anti-Aging Party? You Can…With Saizen

Video Stream: Like To Join The Anti Aging Party You Canwith Saizen 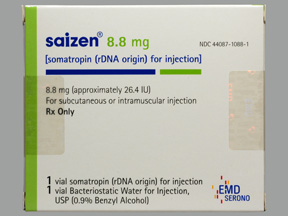 Saizen is biologically equivalent to the Growth Hormone (GH) that the body naturally produces.

Saizen is most often prescribed as an effective treatment for Growth Hormone deficiencies in both children and adults. It is also beneficial for those that suffer from chronic renal failure and Turner’s syndrome.

Growth Hormone’s Role in the Body

In healthy children and adults, Growth Hormone is manufactured and secreted by the pituitary gland.

The pituitary gland is located beneath the hypothalamus, which is a formation within the brain that is responsible for hormone regulation.

All hormones are specific types of advanced proteins which direct traffic and send messages to the body.

Growth Hormone tells a child’s body to grow to a certain size and controls several different physiological and metabolic processes. Saizen is useful because it functions as a replacement when the body does not produce sufficient levels of Growth Hormone.

GH deficiency affects more than just children. It can create problems for adults as well…serious issues.

Recently, it has become apparent how destructive the effects of aging-related GH deficiency can be. Today, GH Deficiency is fully recognized as a medical disorder with known physical and mental consequences.

Below is a list of effects that GH Deficiency has on the body:

Adult GH Deficiency can be the result of some different physiological complications.

It is often caused by tumors that grow on or around the pituitary gland.

Brain surgery or radiation treatments on the pituitary can also lead to hypopituitarism. Occasionally, GH Deficiency is the result of low Growth Hormone levels in childhood and became worse in adulthood.

GH Deficiency in adults can be cured through the use of Bio-Identical HGH.

In late 2001, Saizen was approved for Adult GH Deficiency treatment for use by Merck Serono, a pharmaceutical company headquartered in Geneva, Switzerland.

This approval was granted in some countries in Europe. 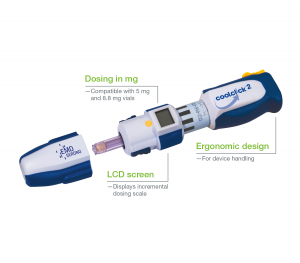 The Saizen Product Family: One of the goals of Merck Serono is to simplify treatment for GH deficiency.

For this reason, Merck Serono created several devices that give patients a choice of therapy options.

One of the goals of Human Growth Hormone Therapy is to make treatment accessible and give patients maximum comfort and control over their therapy regimen.

Cool.click is a new injectable means of Saizen delivery which is entirely needle-free!

There is also one. Click, which uses a needle, but is simple, so that injection is more comfortable and less painful than HGH Therapy products created by competing companies. One.click is an auto-injector pen for HGH that allows the insertion of the needle and injection of Saizen all in one step…with just a mere click of a button! Both of these products use 8mg click. Easy Saizen. Like To Join The Anti-Aging Party? You Can…With Saizen was last modified: November 9th, 2021 by Professor Tom Henderson