Video Download: Dmae A Safe Way To Boost Your Brainpower

Video Stream: Dmae A Safe Way To Boost Your Brainpower

One of the many benefits delivered by Human Growth Hormone (HGH) Replacement Therapy and Testosterone Replacement Therapy (TRT) is a measurable rejuvenation of brainpower. The reason for this boost is simple. Restoring low levels of hormones enhances the entire body and makes all internal organs and systems function more efficiently. And that includes the brain.

But to further boost the brain benefits of hormone replacement we also provide advice about nootropics (aka "smart pills") like DMAE.

Do you feel that you have lost some of your mental focus?

Do you have more trouble concentrating than when you were younger? 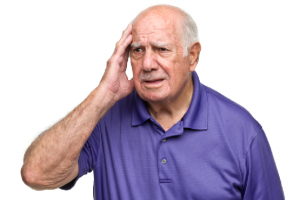 If you answered “YES” to any of these questions, join the crowd. As the baby boom generation enters their senior years, a grim reality emerges: they ain't what they used to be.

Tasks that used to be routine are gradually becoming more challenging.

These senior moments can lead to feelings of frustration...despair...and fear. Yes, fear.

Alzheimer's Disease and other forms of dementia are the most feared afflictions of older adults, with good reason.

These mental diseases rob seniors of their independence...their dignity...their hard-earned savings...and eventually strips them of their very humanity.

To fight this impending train wreck, many people are diligently exercising and challenging their minds: doing crossword puzzles, taking courses in new topics, learning to play a musical instrument or speak a foreign language, eating cleanly, and working out.

These are powerful, beneficial steps in the right direction. If you are doing any of these things, great...keep it up.

If you're not, get busy and save your brain.

However, there is another way to improve your cognitive ability: feed your brain the nutrients it needs to retain its youthful sharpness.

And this is where DMAE comes into the equation.

DMAE is known chemically as dimethyl-amino-ethanol. DMAE has been made accessible for decades by people interested in refocusing, repairing, and recharging their brains. 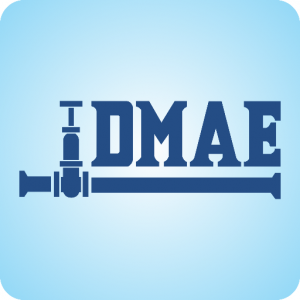 DMAE helps many people get to sleep and have lucid dreams.

DMAE is available in supplement form, and can be consumed orally, or used topically as a cream.

Many people have experienced a slight stimulant effect from DMAE, but it is nothing like the rush from excess caffeine, methamphetamine, or other stimulant drugs.

It is far from a quick pick-up, followed by a quick come-down.

Many have stated that after taking DMEA for three to four weeks, they experience mild stimulation continually.

In today's public school systems, especially at grade school levels, behavior that a few decades ago would have earned the command “Go stand in the corner” now provokes the phrase of “take this pill.”

Unfortunately, the prescription drugs forced down our kid's throats (Ritalin and other related drugs) are potentially dangerous.

Consequently, concerned parents and researchers are looking at more natural approaches like DMAE. Here are a few study conclusions:

Similar results were produced in a 1975 study, which showed that DMAE at 500 mg daily was as effective as Ritalin.

DMAE is effective in treating a wide variety of illnesses and conditions associated with the brain and the central nervous system.

It can improve your mood, increase your awareness and attention, give you more mental energy and prevent confusion and brain fog.

It is also used in cosmetic products to reduce the signs of aging.

Here are a few more of the benefits of DMAE:

DMAE is found naturally in your brain. It supports the neurotransmitter acetylcholine that keeps us thinking clearly. The problem? As with so many health conditions, as you age your DMAE levels drop off a cliff. However, research has shown that boosting these lowered levels can help improve concentration.

The problem? As with so many health conditions, as you age your DMAE levels drop off a cliff. However, research has shown that boosting these lowered levels can help improve concentration.

DMAE is a precursor to the B-vitamin choline, which is thought to be a potent brain chemical and neurotransmitter. Choline is used by the body for many vital functions such as cell membrane integrity and the healthy function of neurotransmitters known as acetylcholine. 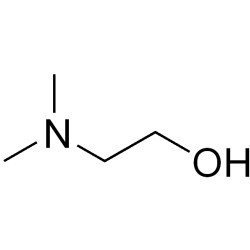 Acetylcholine is an organic molecule that acts as a neurotransmitter and works directly with the central and peripheral nervous systems.

Increasing the production of acetylcholine has been shown to improve our brain's ability to concentrate and make decisions far more logically.

Debilitating brain diseases like Alzheimer's and Parkinson's are connected to the loss of brain cells that produce acetylcholine.

DMAE replaces this chemical naturally and can ease these horrific symptoms.

DMAE and choline also boost oxygen levels in the blood, which improves circulation and promotes healthy cell functioning in both the brain and the rest of the body.

In fact, studies have shown that DMAE can cross the blood-brain barrier more efficiently than choline itself, which allows it to reach the brain and increase the brain's choline levels.

DMAE speeds up the brain's synthesis and turnover of acetylcholine, which, as mentioned earlier, plays a crucial role in maintaining the brain's ability to function at its highest levels.

It is also thought that DMAE may work by suppressing choline metabolism in peripheral tissues, which allows more choline to accumulate in the blood, pass the blood-brain barrier, enter the brain, and stimulate the acetylcholine receptors.

Whether you’re attempting to increase athletic performance or just looking to add DMAE to enhance cognitive function, the doses can vary considerably.

Doses can start as low as 25mg and move up to 2,000mg. Most standardized DMAE is available in 50mg-150mg, while pills containing up to 600 mg are also 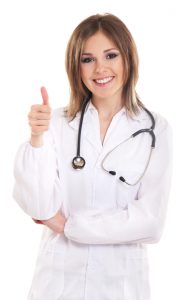 A good plan is to start with 100 mg and gradually work up to 300 mg. Some have used doses of up to 1,600 mg with no reported adverse effects.

As with other new supplements, start small and see how you feel and how you are responding before you increase your dosage. Everyone's biochemistry is different, and this is doubly so with any cognitive enhancer like DMAE.

To make sure you receive the maximum absorption, take DMAE with meals.

Perhaps this is why fish has gained a reputation as a “brain food.”

This lack of food sources containing DMAE is why supplementing with DMAE is a must. It is challenging to obtain sufficient amounts of it through diet alone.

Another thing to consider is the dose-response curve. 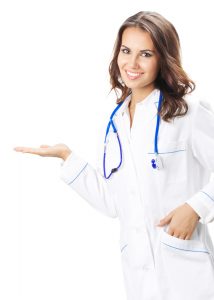 This is another reason to start small, and gradually increase the dose.

If taking DMAE with Centrophenoxine, reduce the dose of both, since they produce similar effects. There are no known symptoms of DMAE deficiency.

DMAE is considered safe and non-toxic when taken in the recommended amounts. It should be avoided by people with the following conditions:

There are a few rare side effects of DMAE, but they are not considered dangerous: body odor, confusion, drowsiness, stomach discomfort, dull headaches, increased muscular tension, irritability, and moderate depression.

Also, overdosing with DMAE can result in insomnia, headaches, and muscle tension. However, these are reversible by either stopping use or reducing the dose.

Individuals with a PABA (Para-Amino-benzoic-acid) allergy should avoid supplementing with DMAE because DMAE is a chemical relative of PABA.

The best news? If DMAE use is discontinued, no depression or letdown occurs. Also, there are no known drug interactions.

So there you have it. The facts are in.

Scientific studies have proven that DMAE is a safe, natural, and efficient way to both protect your brain and boost its abilities.

DMAE has withstood the test of time and is still going strong. If you are determined to keep your brain functioning sharply, and warding off brain diseases, consider supplementing with DMAE.

Contact us for a FREE, no-obligation discussion concerning the benefits of hormone replacement.

What are the Nootropic Effects of DMAE?